As scenes from the latest installment of the Mission Impossible film series played... 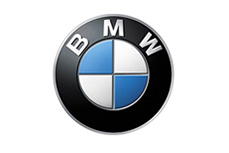 BMW Launches the Next Wave of In-Car Entertainment with MOG

BMW and MOG today announced availability of MOG’s award winning on-demand music service in all 2011 BMW vehicles equipped with the BMW Apps option in the US.

BMW will present the North American premieres of the first two vehicles from its new visionary and sustainable brand, BMW i – the fully electric BMW i3 Concept and the hybrid-electric BMW i8 Concept – alongside the all-new BMW M5...

The BMW i3 Concept is an uncompromisingly sustainable vehicle designed for urban areas. Driven purely by electric power and purpose-built to meet the demands of sustainable and emission-free mobility, the i3 embodies an intelligent form of urban transportation and commuting.

The appeal of the 1 Series Coupe and Convertible never rests merely on being the entry level step to the Premium Class of fine automobiles. Instead year after year, the 1 Series gets the usual BMW attention to product attributes.

BMW raised the performance benchmark once again with the introduction of the 4th generation M3 Coupe and Convertible in 2008. Both share the unique, high-revving, 414-horsepower V-8 engine and choice of 6-speed manual or 7-speed M Dual Clutch Transmission with Drivelogic.

This first generation BMW X3 became a bestseller in the BMW line, both in the United States and in Europe. Through its lifecycle, over 600,000 original X3s were sold worldwide, with 150,000 sold in the US. Meanwhile, several other players have entered the now hotly-contested segment.

What if you could have the other-roads capability of BMW’s celebrated X5, combined into one vehicle with the presence and remarkable driving dynamics of a BMW Coupe?

The classic roadster is back - more powerful and more stylish than ever before. It is the BMW Z4, the only car in its segment that combines classic roadster proportions with a seating position near the rear axle, rear-wheel drive, and a retractable hardtop.

The BMW ALPINA B7 represents the second generation of ALPINA automobiles based on the BMW 7 Series to be offered in the US. The first BMW ALPINA B7 was offered as a limited edition for the 2007 and 2008 model years.

BMW Group Test Fest- BMW i and i Performance B-Roll

View all videos in this channel